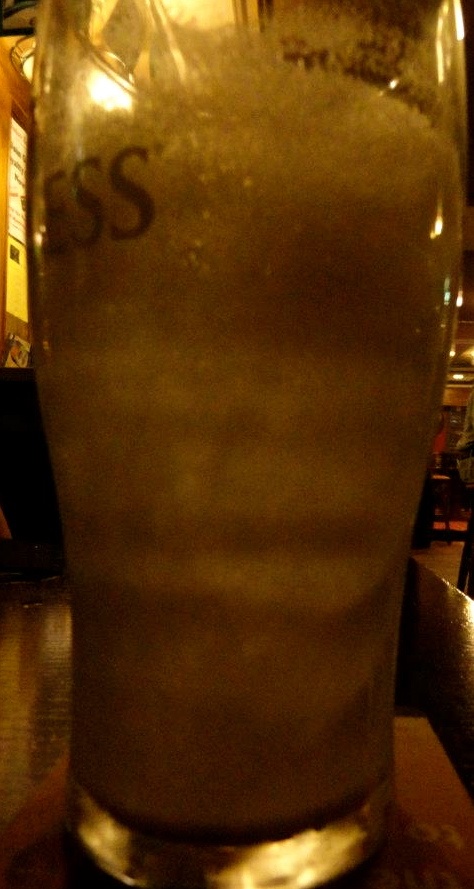 When one thinks of Ireland, they think of rolling green hills, beautiful music and drinking. Whether your poison be whiskey or a pint of your favorite brew; Ireland satisfies all. Derry, Ireland isn’t on the top of everyone’s must see list but it’s on mine.

It’s charm and appeal is second to its numerous options for drinks. Here’s a list of a few of my favorite places and why; 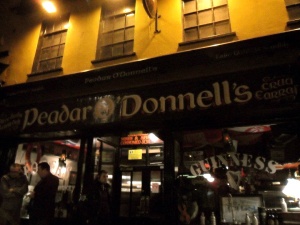 This was hands down my favorite spot and I went here at least three times a week. There is a full band every night that plays traditional Irish music and is adorned in flags from all over the world. It’s rustic oak pillars and line of Guinness’ waited to be topped off is a helpful and unnecessary reminder of where you are. You can expect to pay 3 Pounds for a pint of your choice and about 4 or 5 for mixed drinks. If you are going to go anywhere in Derry, go here.

For those who like to listen to live music while getting their drink on, this is the place to go. They have live bands every night playing everything from covers to original music by start up bands. Bound for Boston has an extensive selection of beer and the bartenders are more than willing to help you out. The atmosphere is laid back and the crowd is a younger bunch but it also has booths on either side offering a little more privacy if you’d rather enjoy your music alone.

Tinney’s will always hold a special place in my heart solely for the music. If you love Irish music or just want to hear a collection of locals playing the music they grew up hearing, come to Tinney’s on Tuesdays. The bar is downstairs and has a normal selection of beers and spirits with TV’s playing the football matches on repeat but head upstairs for the music. Starting at 7 they play music for a couple hours and if you’re lucky, other tourists will join in with songs from their country. I had the opportunity to hear a Japanese folk song, a Spanish lullaby and a Kenyan chant. Absolutely incredible. 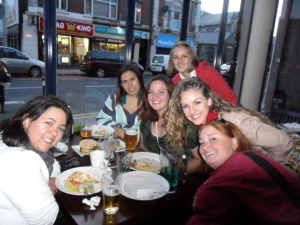 The Ice Wharf is where I went for a majority of my meals in Ireland; they were inexpensive,  had great food, and even better beer. You could get a hamburger and fries with a pint of Guinness for 3.99. Can’t beat it. They offer a wide selection of foods from the typical meat and potatoes and potatoes and more potatoes that so customary in Ireland to chicken tikka pizza. All of their meals are affordable and the drinks are the same. You can get fish bowls full of liquor for under $10 and pints for under $3.

On a final note, there isn’t really a bad place to get a drink in Ireland. The people are extremely friendly so when in doubt, ask a local.